Scrypto Heroes is a collection of 10.000 heroes NFTs on the Radix network. Your hero NFT will grant you access to member-only benefits in multiplayer game where you can chat, duel or go on boss raids and earn XRD as rewards.

Build Your own Hero

The collection consists of 4 different hero classes. Each hero class is uniquely equipped with various armor parts, weapons, pets and backgrounds. Items vary by tier levels, higher the tier level, the more rare it is and it gives you better in-game stats. The classes are Necromancer, Knight, Barbarian and Warlock.

Every class has over 50 different equipped items. For easy item identification and rarity of your NFT, the item tier is displayed in right top corner. By adding up the numbers, you will get your hero's rank. For more info, click here. 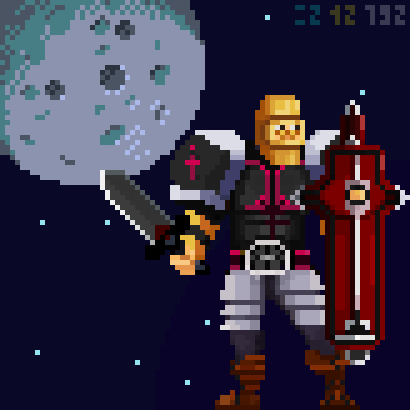 Members of the Scrypto Heroes NFT will have full access to RPG-style game. You can duel other members in a turn-based fight or join a party with your friends and go on a boss raid for XRD rewards.

Every hero has base stats, such as health, damage, defense... and unique skills. Before you enter a game, you will build your own attack skills and character stats on top of the base ones.

For example, if you want your hero to attack with higher damage, you will add stats to your hero's strength, critical damage, and critical chance. If your preference is survival in Player versus Player (PvP) or during a boss raid, you should boost your health and defense stats.

In PvP mode, two players enter a duel against each other. The players will bet the same amount of XRD and at the end of the duel, the winner receives the prize pool of the XRD that was thrown in the betting. If you don't own an NFT you can still play, however players who don't own NFT will have the same skin. 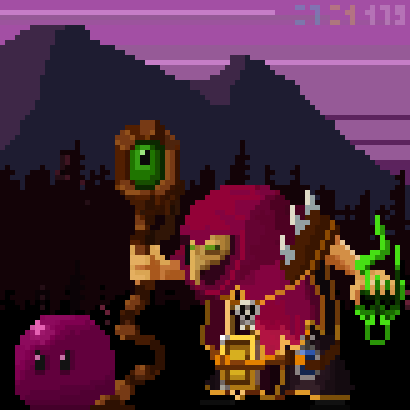 HERE IS HOW IT WORKS

The game begins after bets are placed. A minigame of Rock, Paper, Scissors decides who goes first. Each turn, there is one player attacking and one defending. The attacker tries to inflict damage on their opponent, while the defender wants to avoid taking any hits. The winner of the duel win the XRD in a pool (minus a small fee).

Other players will be able to spectate PvP duels and studying other players tactics can give you an advantage when dueling with them.

Only if you own an NFT will you be able to join boss raids. The fees that are collected from the NFT marketplace, PvP battles, in-game purchases are given to a boss. Once a week, players will join together in parties, or run solo, to enter a boss raid and collect the XRD rewards.

There are 5 boss stages in total. Each boss is stronger than the previous one. As the difficulty rises, so do the rewards. The prize pool is split between all heroes involved in the fighting. As the stages become more challenging, more players drop out, which leaves the highest rewards to those who succeed through multiple stages. 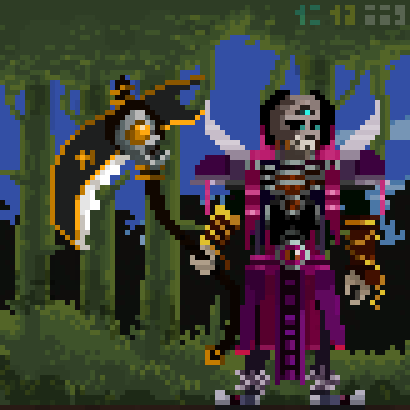 Reveal of the character classes and NFT art.

Beta test will be performed of the game, work starts on wallet implementation for the game (or 2-3 months after Babylon is live*) 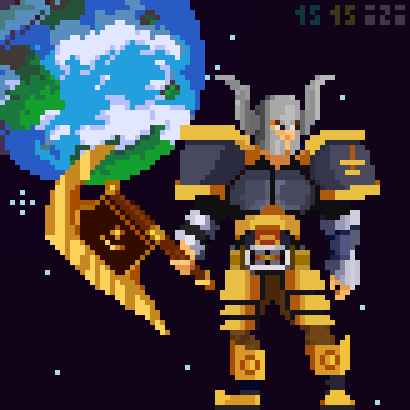 Radix does not yet support smart contracts, so when buying Scrypto heroes NFT, you will receive a “HERO" token in your wallet, which you will be able later (when smart contracts are live; after Babylon) to be exchanged for NFT, 1 HERO token = 1 NFT. For early supporters, there is a bonus as the floor price rises as supply diminishes as follows:

** For best experience use Z3US wallet and purchase on VikingLand. Within minutes of purchase, you will receive your Hero #ID which you can look it up in "collection" tab or on VikingLand website. For NFT trading visit VikingLand & Telegram trading group **

Do not sent XRD from exchange! When XRD is recieved on out end we sent back tokens to the address where it come from, so tokens will be sent to exchange and will result in lost tokens. Sent tokens from your own wallet!

We suggest you start here:
https://learn.radixdlt.com/
https://learn.radixdlt.com/categories/radix-user-guide
On Radix's official website - https://wallet.radixdlt.com/
e-Radix (eXRD) is wrapped token versions of XRD. The token is developed on the Ethereum network using a smart contract and is represented as an ERC20 token to facilitate participation in Ethereum's DeFi space. It can be always exhanged 1:1 agains XRD
No, you can't, eXRD is a wrapped version of XRD running on the Ethereum network (ETH), the Scrypto Heroes NFT is being sold on the Radix network (XRD).
We suggest Bitfinex, all avaliable exchanges are listed here: https://coinmarketcap.com/currencies/radix-protocol/markets/
Allocation will be random.
Royalty will be 10%.
As soon as Radix's smart contracts are live, some time after Babylon.